You are here:
Corporate Vision Videos 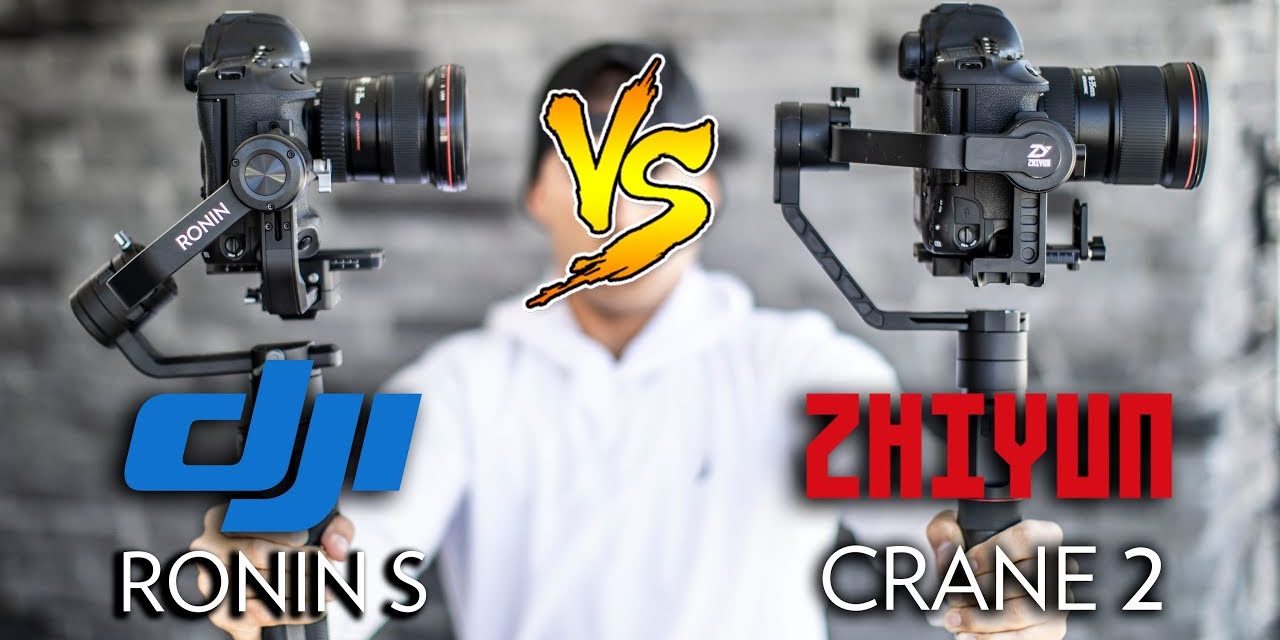 first let’s look at the build quality and I say both of these Gimbal Builds pretty well.

There are some bonuses I think on the DJ RONIN S side namely the hand is got a nice rubber grip just feel to little bit better in the hand and than also the creado is built in a way so that it does not actually cover the LCD Screen like the Crane 2! that is the fairly big bonus and you can see actually what you filming. Both come with the low stand easier to set up.

you can put down in the ground when you are tired. Both also come with a nice cage which is great. The ZHIYUN CRANE 2! is only 2.7 pound and somewhere around there and the DJI RONIN S is actually 4.1 pound so, the ronin is a heavier gimbal but its not crazy big difference but there is a difference there and then also reflects in the weight capacity, So the amount of weight that you can put on the gimbal, the ZHIYUN CRANE 2! can take seven Ibs whereas the DJI RONIN S can take eight ibs and I have actually

seen, like, really big cameras on the RONIN S, which is kind of crazy. I even saw, I think, Kai W put a C300, which is this camera here. A C300 is a big camera, I’m very surprised that you can put a C300 on this guy, so super impressed with the weight load, the max capacity of the gimbal. And then price-wise, I actually thought there was going going to be a bigger difference. So the ZHIYUN CRANE 2! Crane 2 is about 46,485.40 Rupees and then the DJI RONIN S is 50,061.20 Indian Rupees. So, not too big of a difference in price, so that kind of even out the playing field and we can really see which one is worth the money because they are so close in price. And there is probably a whole bunch of little presets and different settings that make a difference in the two gimbals, but non of those really matter too much to me. I just want to know how does it work,

how easy is it to use, and what are the final results like. Both gimbals are pretty easy to set up. I would say after using both gimbals RONIN S was a little bit better.

because of the autotune function. It just did a super good job just tweaking it and making sure it was super stable. But yeah, both are pretty easy to setup.

How to Engage Employees through your Company Vision and Goals
May 10, 2019
SERVICES
Go to Top