You are here:
Explainer Video 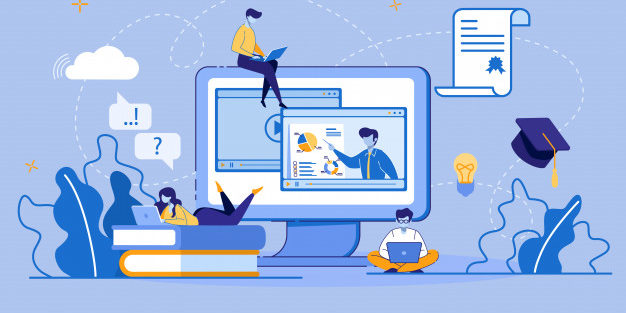 As a brand, you are always trying to get your product or service across to the customers. There is a story behind it all, and you want it heard, that’s right! The narrative is what compels the people. Hence explainer videos came into play. The basis of these videos is storytelling. Here you could see professionals working hard on the given text to transform it into an animated video. It’s a great way to put forward your brand’s value proposition through storytelling in an explainer video. You can now check out explainer video production houses to get your videos done.

The purpose of the explainer video is to

How effective are explainer videos

Research has shown that there was a definite increase in conversions and revenues of the brands. The combination of both audio-visual stimuli made interestingly will compel the audience. It helps the viewers to retain the message that you want to convey. The explainer videos will be a great repertoire for web campaigns.

The secret for a good explainer video

A great script will make an explainer video a hit. The emphasizes on the script can be seen on the impact it has on the results. There has to be an emphasis on the problem at hand and continue by explaining how it can be solved. The production house has to work on several terms that have to extensively researched and check whether they work well or not for the explainer video production. There may be a formula that you have to adhere to to get it right. You will have to introduce the user to the viewers and the issues faced along with the frustration that he/she faces. How the product or service will resolve the issue and finally appeal to the audience for them to give the product or service a try.

The process of making an explainer video

Explainer videos are a thorough process that includes getting information from the client and knowing their project goals. Locating their target groups and by analyzing the given information. When you set out to do the video, you surely have to focus on the style references and the benchmarks that are set.

The concept has to come together with a compelling script and storyboard in hand. The scheduling and budget for the video are prepared in advance to avoid constraints later.

When finalizing for the design and post-production work, the professional has to look into the graphics, illustration, of course, the motion design is equally important. The editor would then check the voice over and music that is integral to the video. The editing and sound effect in place will provide the right material for your explainer video. You can also utilize 2D video production in this explainer video.

How long should the explainer video be?

The length of the video should not exceed more than two minutes because the interest of the viewer will diminish and you wouldn’t get the required impact on the audience. The video is made for the audience, and the brand in its need to portray all that it has and because so much money is spent on making the explainer video. One may go overboard in exceeding the length of the video. But as an editor, who has to keep all the relevant bits and sew them together for making it an effective short video that does the job for a reason it is exactly made in the first place.

The video has to do the following

The longer the video gets, the attention span drops drastically, so will the interest in checking out your product as well. Surveys of explainer videos found online have shown that people relate better when the message is told easily and effectively. The audience would get the message in the first couple of minutes.

When you are in the explainer seat, take the simple route and make it effective in the shortest time possible. Retaining the essence of what the script holds is also important and that is the sole reason you have put the explainer video together.

Why Explainer Videos Important For Your Business In 2020
December 27, 2019

Why should you hire an explainer video service provider for your business?
November 14, 2019

How does Explainer Video Production help your Start-up?
July 23, 2019

Do You Face Problem In Communicating Desired Video Message To The Audiences?
April 24, 2019
SERVICES
Go to Top